In chemistry, conformational isomerism is a form of stereoisomerism in which the isomers can be interconverted just by rotations about formally single bonds. 1 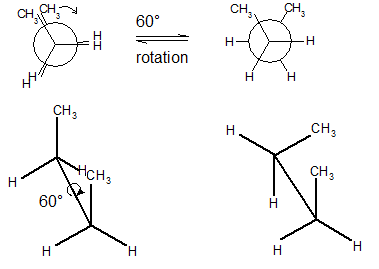 Here several tools are shown to perform a molecular conformer search. Conformer search can be helpful to generate potential energy surfaces, identify transition states and more. Here I will also show how to use conformer search to approximate flexible adsorption using GCMC simulations.

I will be using xyz file format throughout this tutorial as that’s my favorite molecule file format due to it’s simplicity.

The first software I will talk about is OpenBabel which is a very powerful chemical toolbox that is mainly used to convert between more than 100 (!!!) chemical file formats. Also it’s open-source!

To get more information about the usage of genetic algorithm:

Using the following line 30 conformers of myconf.xyz can be generated by scoring them according to RMSD:

Confab uses torsion driving approach to geenrate conformers as described in the article by O’Boyle et al. published in Journal of Cheminformatics.

To get more information about the usage of confab:

Using the following line 30 conformers of myconf.xyz can be generated and written to confab_conf.xyz.

Optionally generated conformers can be compared to original molecule by using confabreport. To get more information about the usage of confabreport:

Alternatively CSD Python API can be used to search for conformers as well. Unfortunately CSD Python API requires CCDC license for installation. If you are a PhD student there is a good chance your institution would have a license. You cantact CCDC to ask if you have a institution license. Another issue is CSD Python API uses Python 2 which and the I find the installation a bit tricky. With all that said I think CSD Python API is a powerful tool not only because of the conformer search but because it gives you access to the Cambridge Structural Database which has > 875,000 crystal structures. The CSD conformer tutorial is used as an example to generate given number of conformers and perform force field minimisation. More information can be found in CSD conformer API.

I have written a command-line-interface (CLI) for generating conformers using CSD Python API. You can access the scripts from the BioMOF repository. Using the CLI 100 conformers for a given molecule can be generated as follows:

Using the CLI molecule definition and input files for RASPA simulations can be generated. Also you can perform a geometric structure comparison using Soft Overlap of Atomic Positions (SOAP) method with the glosim Python library. Using the following line you can get more information about the usage of CLI:

I am also planning to write a CLI for OpenBabel conformer search in the near future. Stay tuned!